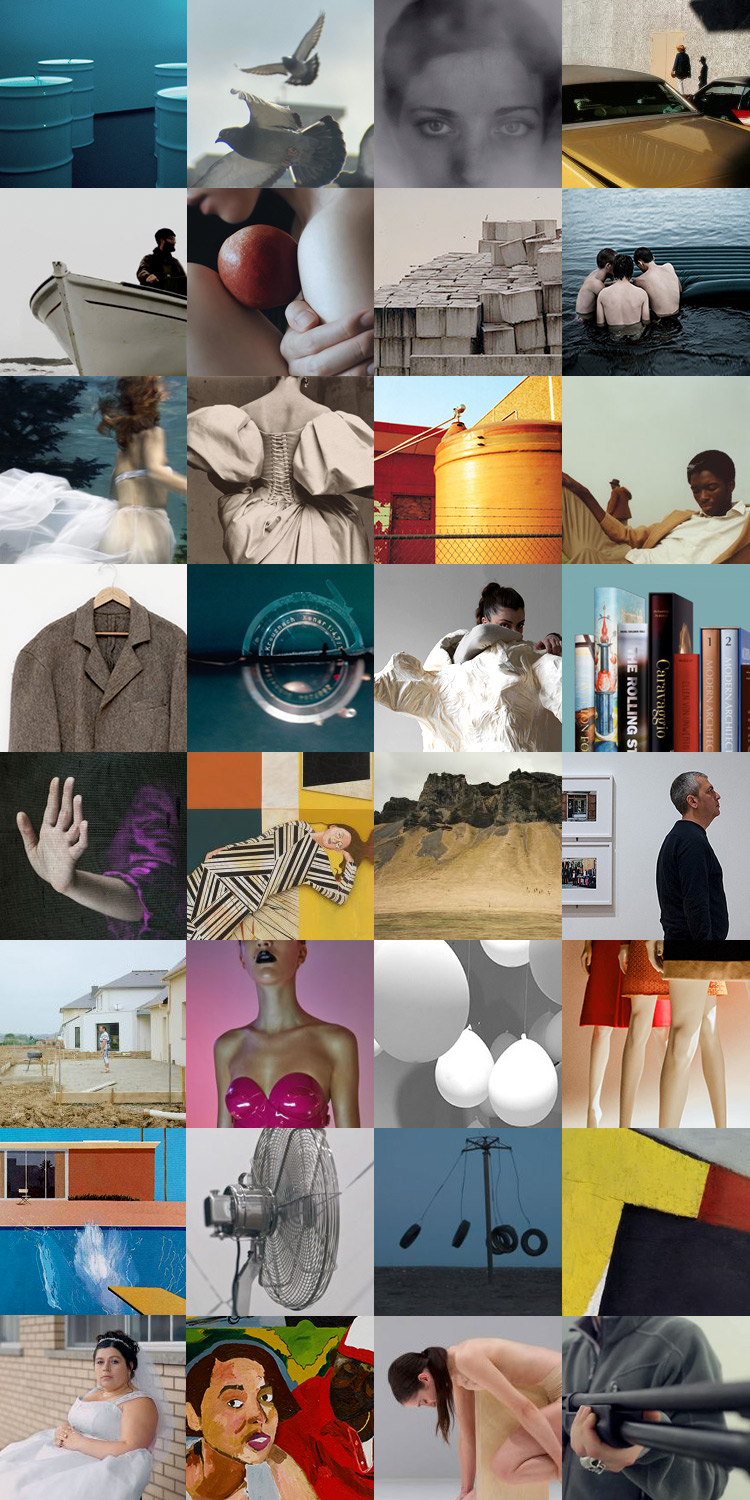 Here we are again, this time, rounding out our fourth year with some 3,000 Articles and Profiles in our growing archive and over 2 million visits strong. A very exciting journey it has been, indeed. With our fourth year anniversary Prescription, we continue to move forward.

From its conception, ARTPIL strove to profile artists, museums and galleries, along with other entities in the art world, and put forth articles and interviews, reviews and exhibition guides, as well as general musings related to all that is modern and contemporary in the world of art. We have succeeded in building a network of individuals and organizations helping to deliver our mission. We have since covered some remarkable subjects.

In our early days we followed festivals and art fairs, from Frieze to Basel, and Biennales from Venice to Berlin; We have since revisited them and added to the itinerary Expo Chicago, Busan Biennale, Design Shanghai, and Bienal São Paulo. We had descended on Design in Milan, Les Rencontres in Arles, and The Armory in New York; we continue with DESIGNART in Tokyo, the Sydney Festival, along with PRIZM, CHART, Luxembourg Art Week, Photo London and London Art Fair. We followed everything from FIAC to Art Paris, ARCO to Volta, and mirrored the movable feasts of Documenta in Kassel and Manifesta in Palermo. We had sprung for La Nuit Blanche, and now we run with MOMENTUM and RIBOCA.

We pushed forward the emerging, from Foam Talent to Circulation(s), from Art Next to Next Wave and Voies Off, along with Film festivals from Aesthetica to Locarno, DOCfield to Artecinema, as well as the premiers and the avant premières of Pure Hearts, and Wonderstruck, and brought hope with Ryuichi Sakamoto’s sublime Coda, along with the global film festival online, We Are One.

Again we celebrated International Women’s Day, bringing on a new survey of The Female Gaze in cinema, presented the series Women of Meridione by Ornella Mazzola and traced the difficult Shadow Pandemic during the confinement. We continue to elevate our own 30 Under 30 Women Photographers to new heights for its 12th Edition, today with a collective of 360 artists, looking further into the future.

We opened discussions, old and new, with Dialogues with Solitudes by Dave Heath and Imogen Stidworthy’s Dialogues with People. We peered through the lens of Gail Albert Halaban with Out of My Window and into the intense Bright Black World of Todd Hido and the Inner Songes of Jens Fänge. We saw The City (And a Few Lonely People) and explored The Space Between Us.

We revisited the award winners of Sony World Photography and World Press Photos, along with Beazley Designs of the Year with The Design Museum and the Photobooks of the Year presented by American Suburb X. We updated the roster for the Turner Prize and expanded into the Baltics with Calvert 22’s New East Photo Prize 2020. We will continue to share opportunities like the LensCulture Awards and the W. Eugene Smith Photography Grant, as well as the Luis Valtueña Humanitarian Photo Competition.

We were present at BAM’s Winter/Spring Season and we danced, side by side, with Emma Portner’s mesmerizing performance Femme Debout, fearless in the face of Francis Bacon and Alberto Giacometti at Fondation Beyeler. We had gone literary with Invisible Cities inspired by Italo Calvino, The Whiteness of the Whale, and Journeys with the Waste Land with T.S. Eliot. We add now to the library Poetic Techniques, with writers such as Borges, Kafka, and Hart Crane.

We entered into fashion with Photo Vogue Festival, Tina Berning & Di Battista’s Confluence, Rei Kawakubo / Comme des Garçonsat The Met, scoped out Fashionclash after parties and strutted the catwalks of Tbilisi Fashion Week, presenting Foam’s Adorned: The Fashionable Show. We previewed the mysterious creations of Maurizio Amadei and bowed to the Icons of Style. We crossed time zones into Futures Past & Present, Framing Time, Past Forward for Architecture & Design with Post-Soviet Visions and, relived the Future Now Symposium.

While in the West, the U.S. and Brazil suffered cutbacks in the arts and humanities, thwarting progress and rewriting history, we considered Art & Politics of the White House, dove into Video Art in Latin America, and examined the Soul of a Nation. While in Europe and elsewhere gave rise to the sentiment of wanting to isolate and disband and politicians were becoming forgetful we called upon the Anatomy of Political Melancholy.

While elected officials were debating whether or not to uphold promised reparations for historic atrocities, we recognized the Native American presence with Let Us Now Give Thanks, surveyed Haitian Art, supported the movement of #WhileBlack and bore witness to A Matter of Black Lives. We honored the birthday of Dr. Martin Luther King, Jr. and the Civil Rights Movement with legendary photographers such as Bruce Davidson and Gordon Parks, and remembered the passing of David Goldblatt and John Morris. We rejoiced in the hope of RaMell Ross’s acclaimed Hale County This Morning, This Evening and Gillian Laub’s Southern Rites.

While Princes were being gifted gold-plated automatic weapons and nuclear secrets, and leaders were making real-estate deals, moving embassies for political positioning or building settlements on contested lands christening them after demagogues, we presented Matthias Bruggmann’s An Act of Unspeakable Violence and became witness to the Human Rights Watch Film Festivals at TIFF & Lincoln Center. We espoused The Defense of Our Freedoms.

With the rise of global issues of migration and race tensions, we traced Claude Iverné’s passage through Bilad es Sudan, Luca Sola’s Stimela Project, as well as place into the spotlight such artists as Ai Weiwei and John Akomfrah and their epic works of Human Flow and Signs of Empire. We showcased Richard Avedon and James Baldwin’s poignant collaboration, Nothing Personal, and with the help of Banu Cennetoğlu we gave audience to The List of fallen migrants. Where previously we took a knee for the NGOs in A Moment of Silence, we then stood with the artists in celebration of the 70 years of Universal Declaration of Human Rights. With Brexit behind us and negociations continuing into the next chapter, we featured Thomas Ralph’s Darkest Hour.

With international lockdowns in place and the global pandemic ravaging every corner of the world, we followed Magnum’s Diary of a Pandemic, and covered Potential Worlds 2 and Between These Folded Walls, Utopia. We featured Sean Scully’s Between Heaven & Earth, Michael Whelan’s The Last Humans, Newsha Tavakolian’s For The Sake of Calmness, National Geographic’s History Defining Moments, and we launched our own Online Exhibitions, recently presenting César Cuspoca’s Afterglow / Korebaju, along with our own Look Back on 2020.

We covered 30 Years of World Press Photo, 70 Years of Magnum, 100 Years of Bauhaus, and 140 Years of Hochschule Luzern, spanning everything from Aspects of German Art to Camera Austria International, The Art Of The Novembergruppe to The American Document + American Document Part II. From Gesture To Form to the First Lingering Mist of Spring.

We were Being Modern, Being Infrastructural. Being Human. Adding to this the other landmark exhibitions: Andreas Gursky’s Retrospective, Work in Color of Vivian Maier, Aperture Photographs, The Spreads of Robert Rauschenberg, Retrospektive of Saul Leiter, Sally Mann’s unforgettable A Thousand Crossings, Irving Penn at the Grand Palais, An Art of Changes by Jasper Johns at the Walker Art Center, Frank Walter, A Retrospective at MMK Frankfurt, Tyler Mitchell’s I Can Make You Feel Good organized by the ICP, and MoMA’s Companion Pieces. And with such poetic titles as Alec Soth’s I Know How Furiously Your Heart Is Beating taken from Wallace Stevens, how could we resist?

We have you to thank, each and every one of you, for being here with us as we move forward. Welcome to your world.